Why psychedelics are illegal

Many people crudely think that all illegal drugs are illegal because they are physically dangerous to the user. That is not the case. Different substances have been made illegal at different times and for different reasons.

Some substances are rightly illegal because they are physically dangerous. Heroin, crack and GHB are examples of dangerous substances that pose a very real risk to the user. Ironically though the two most dangerous drugs – alcohol and tobacco – are not illegal.

Other substances are however illegal for very different reasons. Two reasons are very prominent: because they are perceived as dangerous to the status quo and to target and persecute specific groups.

Just the other day I was asked why psychedelics are illegal. They are obviously extremely useful medicines and also very safe when used correctly. Well, there are several reasons for them being illegal and most of them have nothing to do with health, but let us begin with the health issue.

Psychedelics are commonly non-toxic and pose no physical threat even at extreme doses. Most of these substances are not even possible to overdose to the degree that they would be life threatening. But there is one real health risk and that is to the user’s mental health. Psychedelics have the unique capacity of unlocking the doors of the unconscious mind. They can release what has been carefully locked away and repressed. This is of course what makes them such powerful therapeutic tools, but if the person isn’t open to taking care of what comes up the experience can be quite traumatic. The same goes for other kinds of therapy, meditation and contemplation. If you aren’t ready to meet what you have repressed you shouldn’t do or take anything that will uncover what you have buried.

But besides this, what were the perceived dangers that made psychedelics illegal? To grasp this one must look at the historical setting. Where did the push to criminalize come from and what is the backdrop? To understand this we need to go back to the USA in the mid 1960’s. Government at all levels were in a cold war state of mind trying to root out possible dissidents within. The Vietnam war had dragged on for ten years, US involvement was sharply rising, as was the death toll. It was a time for hardliners and hawks. JFK had been murdered and the much less diplomatic Lyndon B Johnson took his place. He was then followed by one of the fathers of the War on Drugs – Richard Nixon. 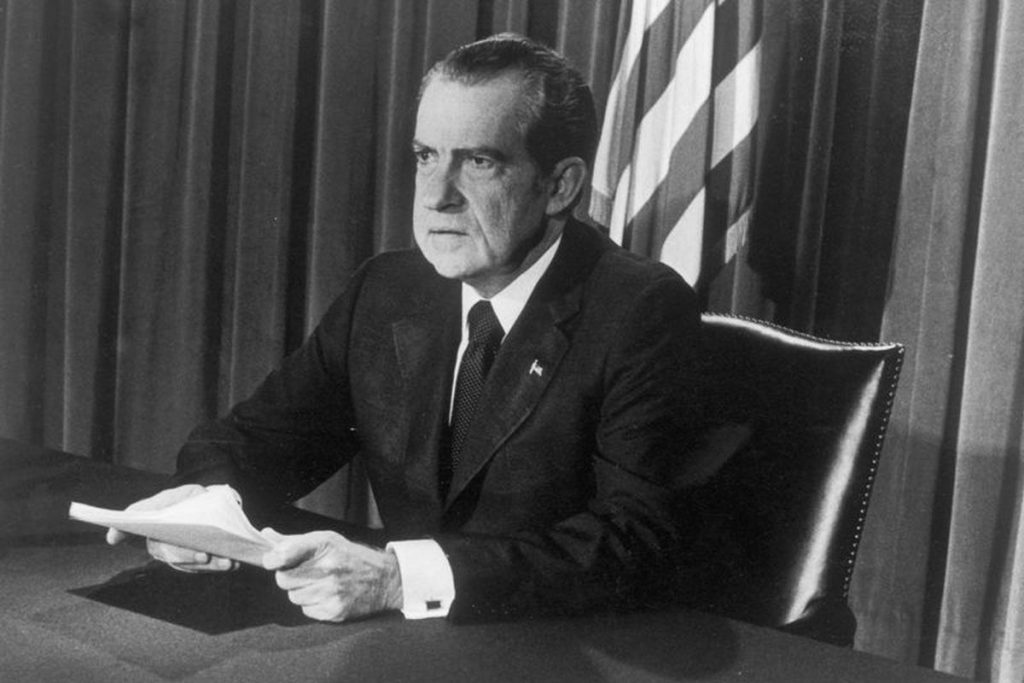 At the same time a very vocal and at times even revolutionary opposition was forming at home. There were many different movements with many different objectives, but when talking about psychedelics the hippies are of course at the focal point. What were they up to? They protested, burnt draft cards, let their hair grow, dressed strangely and promoted free sex, just to name a few things. In the eyes of a person like Nixon, and there were many like him at the time, they were trouble makers who were upsetting the status quo. They were anti-establishment peacemongerers and as such perceived as threatening by the establishment.

At the very core of that opposition was the experimentation with drugs and the one that has forever been associated with the hippie movement is of course the psychedelic LSD. So what was it about LSD that sparked this opposition and backlash towards the establishment? I think the ethnobotanist psychonaut Terence McKenna was spot on when he said that “they dissolve opinion structures and culturally laid down models of behaviour and information processing. They open you up to the possibility that everything you know is wrong.”

What LSD did was to awaken people from their cultural programming and indoctrination and let them see the world with other eyes. When they did so they could not accept what they had been taught, so they rebelled. They rebelled against violence, militarism and domination and instead sought “peace, love and understanding”.

On a side note both the CIA and the American military had experimented heavily with LSD before it found its way to the hippies. One notable side effect was that quite a few soldiers that had been given it laid down their guns and refused to pick them up again.

For a person like Nixon this was all extremely threatening. To him America was losing its youth to a drug culture that was in direct opposition to the establishment. And he certainly had a point. If you want people to follow orders, be aggressive towards one another, go to war and kill people you will not want to give them LSD, because they will start thinking for themselves, refuse to follow orders and will refuse violence.

LSD was not made illegal because it is physically harmful to the person taking it. It was made illegal because it makes people question authority and social injustices and prompts them to do something about it. LSD and psychedelics threatened and still threatens the fabric of domination culture by showing people that another world is possible.

This is a pattern of dominance which is repeating itself.

Today the political establishment are the ones oppressing and persecuting the users of psychedelics. Yesterday it was the church. The brutal persecution of witches, witchdoctors, healers, shamans and anyone seeking other modalities of healing or other ways of reaching the divine was the church’s version of the War on Drugs. The vocabulary surrounding it all was different but still quite similar. Instead of safety and health concerns the church would talk about being in contact with or possessed by the devil or evil spirits.

While they might well have believed their own story, just as many do with the story of domineering culture of today, it was ultimately based in a fear of losing control over people. As many, perhaps even most, who work with psychedelics will attest to, psychedelics are often a door to the divine. They break down the limitations of our cultural programming. When it comes to the church there has often been an idea that certain people should act as intermediaries for the rest of us, thus the control over the contact with the divine and the divine will has been hijacked by priests and such. What psychedelics often do in that case is give the user his/her own personal contact with the divine, making the intermediary superfluous. For someone who wants to maintain control over other people this is of course extremely threatening and also provocative to the point where the church would be willing to kill people.

One needs to remember that the greatest threat to the church is that each and every one of us would be able to have our own contact with the divine. If we did have that contact the church would soon be redundant, at least as an interpreter of God’s will,  so it lies in the interest of the individual career makers within and also in the organisations themselves to see to it that people do not have their own contact with the divine.

And that is of course the pattern of domineering that is repeating itself today. A lot of people, organisations and companies stand to lose a lot of money and power when psychedelics are let free. It is in their interest to keep them illegal. If you could solve addiction, PTSD, depression and such with one or a few psychedelic trips the medical and pharmaceutical industry would take a huge dive. If people would stop tolerating violence that would mean the end of the military and the industries that profit from war. If each and every one would be given the tools for connecting with the divine themselves the world religions would lose their strangle hold on the minds of people.

It is in the interest of anyone who wants to dominate someone else that psychedelics are kept illegal and are continually persecuted.

That is why psychedelics are illegal.